Bad Actors Can Hurt Your Business 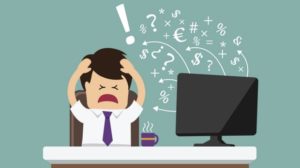 A few weeks ago I published an article asking business owners and MSPA members not to bad mouth the competition even when they have bad mouthed you. It spurned a slew of emails from our Managed Services Members in the Northwest from mainly Salem, Portland, and the Seattle areas. One of those emails from Jason Rasmussen the owner of Endeavor Networks, outlined the way a very nasty MSP in his area drums up new business by making false calls, sending emails, and completing the targets online contact forms stating that their current computer vendor or technical person is a convicted felon and even stating in some cases that their current I.T. person is a convicted child predator.

A few months ago Jason Rasmussen lost three of his biggest clients.  It was surprising, all three clients had completed testimonials on his website and had been loyal customers for years. Not only had the clients ended their MSP agreements but each had signed up for services with the same new company and that new company had requested passwords and access for their networks and devices and to transfer all software licensing.  When Jason inquired with the former customers as to the reasons for leaving his company the answers were fairly generic. They had decided to go in a different direction or the reasons were personal. All three businesses had gone out of their way to ask that their testimonials on Jason’s website be removed.

At this point Jason assumed that his competitors had gotten his client information from the testimonials on his website and he was upset that he had basically given away his customer information through his website. He had suffered quite a bit as well. Those customers made up almost a 1/3 of his total monthly business income and he was forced to lay off one of his employees. Jason’s wife is a partner in a dental office which Jason’s company has serviced at pretty much no charge for years. Both partners agreed and gave Jason testimonials to replace the ones he had lost on Endeavor Network’s website. Jason thought that would be safe because his wife wasn’t going anywhere else and she would always give a good reference. Less than one week after the new testimonials were up, a woman claiming to be Jason’s soon to be ex-wife called Jason’s wife’s business and asked the front desk person if they knew Jason was a sex offender. The front desk person immediately forwarded the call to the other partner in the dental office.  She listened as the woman on the phone she stated her husband had been convicted of theft multiple times and was a pedophile. The person on the phone claiming to be Jasons’ soon to be ex-wife then asked if he was background checked because a background check with show some pretty interesting things.

Immediately after the call both partners went in to a meeting to discuss what had happened on the call and informed Jason by phone. Toward the end of the conference call the three business owners were interrupted by a pushy sales person at the front desk from the same I.T. company that had convinced Jason’s other three customers to leave him. The paperwork they dropped off even had the line circled in red that, “All employees are background checked for your safety.”

After this Jason and his wife left the meeting to see if they could find out if the business owners that had left his company had a similar experience. It turns out they had. The first former customer Jason and his wife visited with we will call “Dr. Smith” as he has asked that his name not be used. Dr. Smith stated that he had received a form fill from his website that had stated that his current I.T. guy was on the sex offender registration and asked why the company allowed him to work there. Dr. Smith stated they never received a phone call that he was aware of but that the I.T. company they hired had shown up the following day and had spoken to the office manager and several others in the business. In Dr. Smith’s words, “The owners of the business felt it was in their best interest to cut ties with Jason’s company immediately given the information they had received the day before. We were under the impression that Jason was a sex offender and had no way of verifying the information and went on the assumption it was accurate.”

I have since interviewed Dr. Smith myself and explained the marketing tactics the new company employed to gain his trust and his business. He has since fired the new company and returned to working with Jason. The other two companies that left Jason have remained with the new company even after I spoke with them. There is still issues with the relationship however. Dr. Smith and Jason both agree there is now a stigma from the rumor that he was a convicted felon and sex offender and it is not easily going away. Jason explained that he still feels that the staff at the office are no longer acting normally when he is around.  Most of the staff no longer smile or joke when he is around anymore. He also feels like he cannot be trusted and is monitored more closely and it seems some of the staff even leaves the room when he comes in to work on their computers.

In my original article I named the company involved as well as several other new startup companies in Seattle and Salem that appear to be using the same technique.  My editor advised me not to name them and instead tell you where you can go to file a complaint should this happen to your MSP business.

My advice continues to be not to bad mouth your competition as that can backfire.  However make sure all the pertinent authorities know and you might want to forward this article your clients so they are aware of this type of scam. Email me with any questions or comments.